EN
Have a project?
We are here

A political party voting with the use of blockchain: How a unique for Ukraine application works 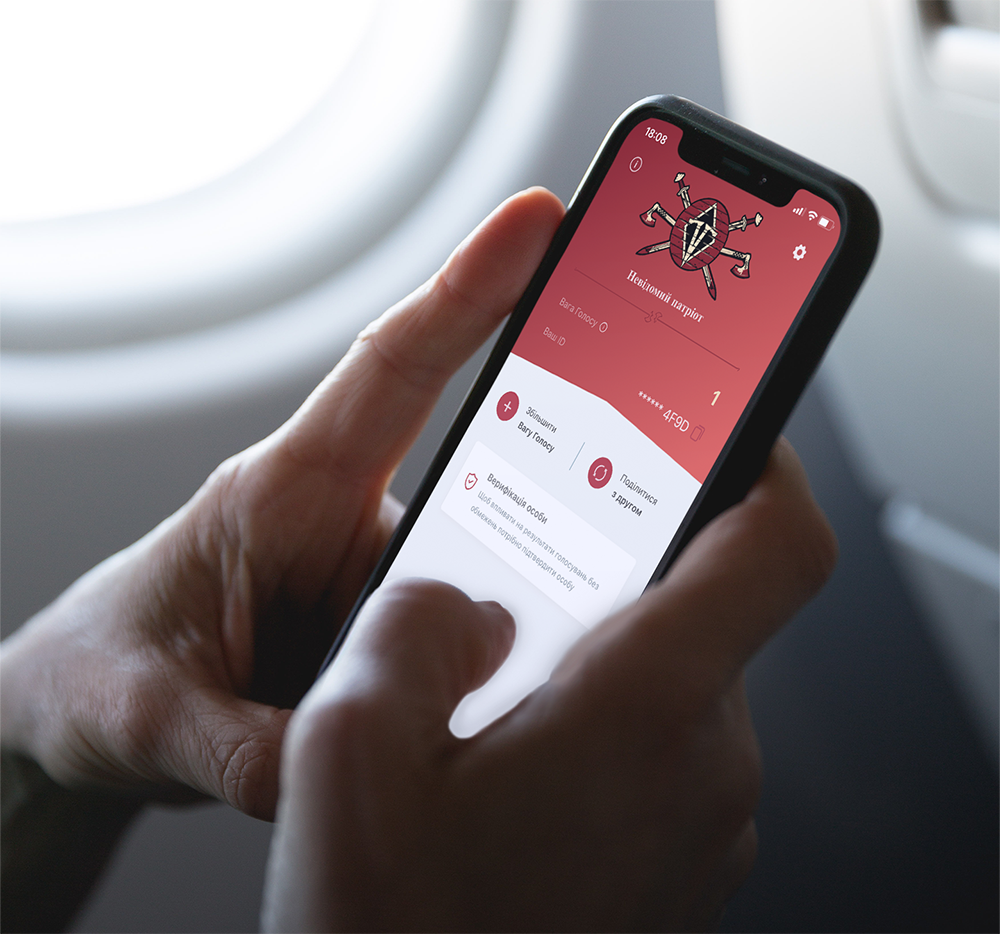 Three-in-one system for the political party: a tool for communication with an audience, assistance in the party's internal decision-making processes and a tool for receiving donations

Just imagine: 5,400 users and all of them participate in the activities of a political party. They make decisions online on the way to work or before bedtime in the evening.

This is how an innovative voting system for a Ukrainian political party on the basis of a blockchain platform looks like. Luxnet has developed a unique app for the Demokratychna Sokyra (Democratic Axe) party. This is a sophisticated technical solution creating an extremely simple system of voting, reporting, and distribution of roles in the party.

This is the three-in-one system: a tool for communication with an audience, assistance in the party's internal decision-making processes and a tool for receiving donations. You do not even need to come to an office of the Demokratychna Sokyra party to choose a presidential candidate, sponsor a party, learn urgent breaking news or become an active party member. You can do that in seconds via your smartphone.

Firstly, the main functionality for a user is a voting system. Both party members and ordinary people can vote - that is, all those who do not participate in political processes but keep up with the party. All decisions are taken transparently, fairly and without making amendments. Nothing can be changed if a vote is published - neither response options nor the name of the vote. Both the administrator and a user can only watch the change of percentages in the vote. This is possible thanks to a blockchain platform preventing frauds in the course of voting. But even if fraud happened, they would be noticed by each of more than 5,000 users of the app.

Each action is linked to the previous one. Therefore surveys and finances can be shown to auditors. No fraud or data garbling. Each vote is recorded in an open-access database. How does it work? Each vote is a blockchain transaction "signed" by a user with his private key. Neither administrators nor owners of the system have access to the private keys of the party members. A voting history is published after the voting process was finished. The voting history can be checked whether it is genuine and complete.

There are various kinds of polls – starting from "What issues of the last episode of the Sokyra show did you like?" and ending with the position of the party on a particular law or even a candidate the party wants to nominate for the presidency. Each vote has deadlines and a detailed explanation of a petition. Subsequently, all the votes are recorded in the voting history where each user can see the percentage of the party members who voted for a particular decision. The vote of the public will predominate over the vote of the party founders. This is important, as a vector of development will be chosen by supporters of the Demokratychna Sokyra party.

There are two ways to increase voice weight: to attend events organized by the party or to donate money. One hour of volunteer work for the party (meetings, public hearings, etc.) adds 2 votes to the weight. The payment to increase vote weight, which is a donation of money to the party, is made through the Ukrainian payment system LiqPay.

The app has a feature that "binds" the payments. However, it is necessary to undergo verification to increase the activity of the party member. An unidentified user must take a photo with a passport. This data is thoroughly protected: they are only visible to the administrator and the user. The app requires authentication (FaceID, a fingerprint or a password) to ensure complete data security. For example, if a smartphone is not password protected, the app will not start and ask to ensure security first.

The important point is that polls can be customized to suit the needs of the party. That is, the app allows choosing who can create polls, what type of users can vote, whether a user can cancel his vote later and when the cancellation will come into force. This functionality allows using petitions where everyone can vote but cannot cancel voting, as well as special party polls where only specific users can take part in voting. Thus, a party voting is divided into general polls, polls of the party members (verified users only), and ministers' voting. Users can also vote for the expulsion of members from the party.

How does the app work specifically for the Demokratychna Sokyra party? The share of the party founders in the decision-making process is 40 per cent, the users, that is, the party members – 60 per cent. Vote weight of each user depends exclusively on him - there are no predefined roles. An unverified person will remain in the "citizen" status and such people will have no more than 10 per cent of the total vote weight in the vote. Another innovative feature of the political app is a unique ID of each user. If a party member wants to hand over a part or all of its vote weight to another person, he can send it to a friend's user ID.

A technical "core" of this system is based on the blockchain platform TokenD. The application has an admin panel working in web mode. Using the admin panel, the administrator can add polls, monitor the flow of votes, etc. All data is stored at the Amazon (AWS). This ensures the highest level of reliability and the ability to withstand high loads thanks to the flexibility of scaling.

Who was the app created for?

The app was developed for active young people who are interested in fair politics and want to participate in it. The app created for the Demokratychna Sokyra party is partly a game in which a user can "pump up" his "character": make him more active and influential. There are chieftains and ministers, party members and citizens here, and a user has a choice who he wants to be in the game. The more a user works for the party, the higher the percentage of his influence on important decisions is. There is also a bonus for particularly active gamers: a political council and ministers at the end of the season may distribute up to 2000 units of vote weight among those who have done the most for the party over the last three months. But each party member can only gain 5 per cent of influence on the activities and the strategy of the party. Everything is for the sake of democracy. Because if vote weight approaches the limit, the app informs that a person cannot have more than 5 per cent of influence. The app was also developed for those who like frankness and financial honesty, as the platform forbids users to cheat with data, polls' results and money.

We will explain what IT outsourcing services are, how to find a contractor for software development, how the help of such companies differs from the work of a house team and what role time zones play.

Hey, we are also here:
Java vs PHP for Enterprise Applications: a Compelling Comparison

In this article, you will read about PHP vs Java performance comparison and enterprise software. Moreover, we will constantly compare PHP versus Java.