EN
Have a project?
We are here 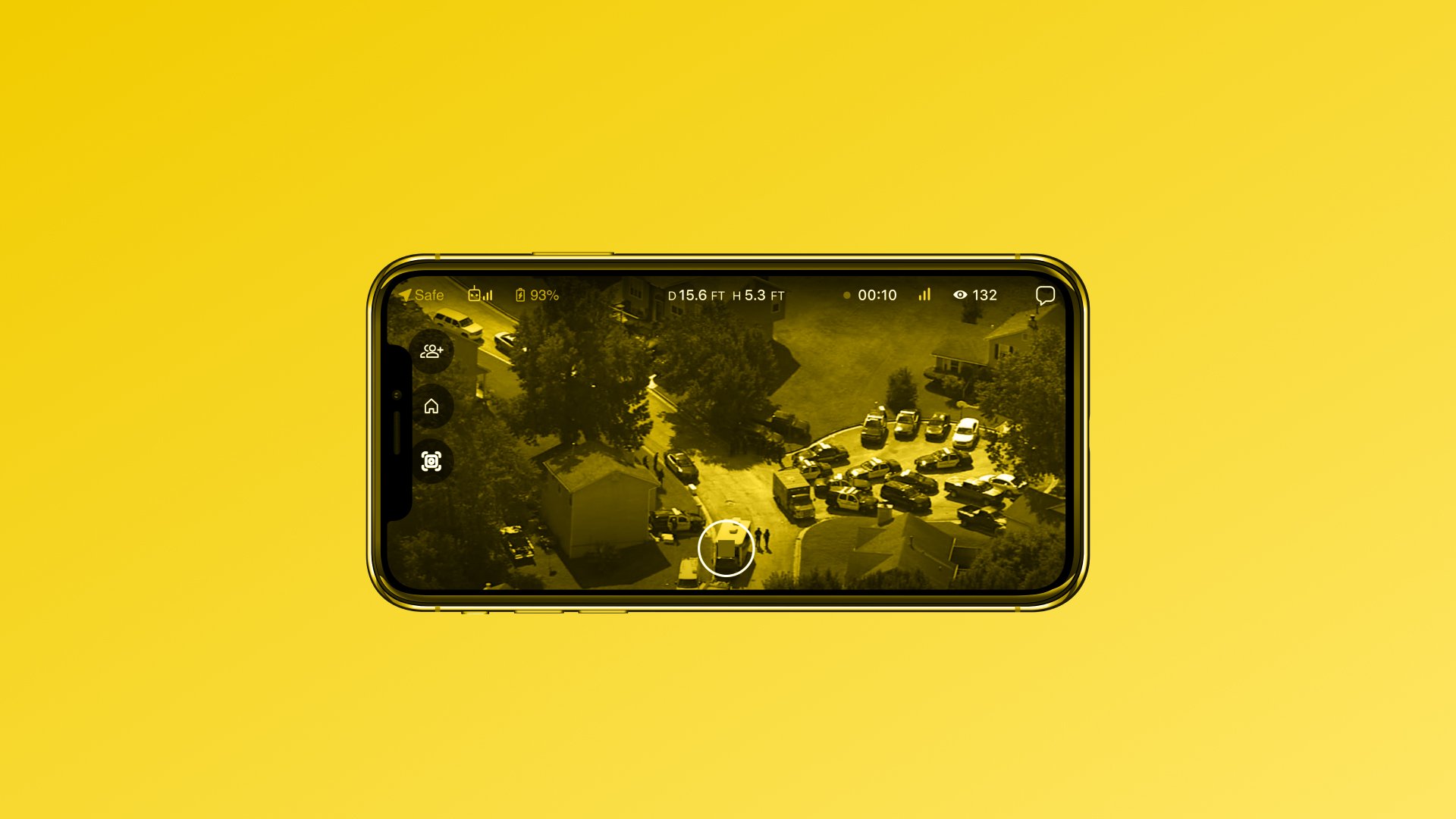 The idea of the project was to create a platform for live streaming of drone videos for police services. And it was implemented in just six months of programming.

Imagine: US policemen are conducting a special operation. Several police units are involved in it. Drones come into play at this point. The cops are watching a video streaming from the drones using smartphones.

The video is simultaneously displayed on large monitors in the headquarters. Everyone's attention is riveted by the video, as it gives a complete picture from a bird's-eye view. And all this is in real-time and without significant delay.

This is how a project developed by Luxnet for US startup UbiBird looks like. The idea of the project was to create a platform for live streaming of drone videos for police services. And it was implemented in just six months of programming.

What is it all about?

UbiBird is a company that sold a software solution for live streaming from a drone. The system consisted of an app for a drone and all of its features for public or private video streaming, as well as software for creating a wireless video stream with the help of the UbiBird online platform.

“Pilots” can offer viewers to watch a video stream and chat in real-time using the app… with a delay of up to one second. It is the fastest data transmission on the market in 2019.

The search for a simple solution for a complex issue

US policemen often conduct special operations using drones. Luxnet has found a way to transmit video from a drone to participants of a special operation and the headquarters, as well as to coordinate cooperation between different units. That required a closed platform, strictly for specific users. Moreover, when, for example, police storm a house, video playback delays must be a short time in order that the operation participants can keep track of its every second in real-time. At the time of the implementation of the project, YouTube, for example, did not meet the idea either conceptually or from the point of view of data security and each user. But even if you put up with that and enable experimental services on the platform, there will be another problem: the delay is 15-20 seconds there. And it was definitely too much, because it could cost someone life in real conditions.

Three protocols for one project

● HLS - a protocol developed by Apple Inc. It is used for live video streaming on iOS. The protocol is also partly used in other browsers. It is the most widely used streaming protocol on the Internet.

● WebRTC - an open-source Internet protocol designed to provide real-time voice and video communication over the Internet.

● MPEG-DASH - a technology that enables the streaming of multimedia content.

The protocols were embedded in both browsers and apps. That allowed ensuring high-quality video transmission and video streaming support on any platform, real-time playback and the possibility to communicate with other users through an online chat.

The Luxnet developers stayed in Lviv during the first test. They used a drone manufactured by DJI which they actually planned to "tie up" to the new system. The developers transferred a signal from the drone to a server located in Germany and received back a video in a browser with a minimum playback delay of less than 0.5 seconds. Of course, in case of extreme circumstances or if the mobile Internet is used, a playback delay may increase, but insignificantly. This is much less than 15-20 seconds other services ensured at the time. A video was in high-definition (HD) quality. This is important, as it can be made public - that is one can record a video and then publish it, for example, in the media - or freeze-frames can be made from it. The platform itself looked like this: there was a website where a person had to register and create his/her personal account, and then add users to whom he/she wanted to share a video. A payment system where a user can choose a rate for a month, a year, etc. is also embedded in the system. The service was free during the test. The developers tried to make it easy-to-use, as policemen, especially the older generation, are often conservative. And it would take a long time to teach them to use the platform.

There are two key roles in this "game" - a pilot and a viewer. The pilot connects to a drone using a smartphone. The viewer can watch a video on both a smartphone and large monitors. The pilot creates a stream, gives it a name, adds viewers and launches a drone. The apps work on both iOS and Android. The apps also have a video stream recording feature and an easy-to-use payment system. In addition, videos are highly protected. All data is stored in the Amazon Drive which ensures a high level of reliability and the ability to withstand high loads due to the flexibility of scaling.

Who the platform was created for?

Drones are unique and powerful tools. But they are still limited in the ways of exchanging information in the modern world. They are valuable because of a so-called “air point”, that is, a view on the situation from above. A common access to such videos is of great importance for rapid interference, transparency and accountability. The UbiBird project provided an opportunity to fully optimize the use of drones with the help of a website and apps. Therefore, the platform can be used in the field of security, entertainment, sports and tourism.

We will explain what IT outsourcing services are, how to find a contractor for software development, how the help of such companies differs from the work of a house team and what role time zones play.

Hey, we are also here:
Java vs PHP for Enterprise Applications: a Compelling Comparison

In this article, you will read about PHP vs Java performance comparison and enterprise software. Moreover, we will constantly compare PHP versus Java.